The University Held Orientation meeting for International Students Enrolled in 2017

On the afternoon of fourteenth, September, the university held the orientation meeting for international students enrolled in 2017. Police officer from Entry and Exit Department of Jinhua Public Security Bureau and the deputy director of school security office Chen Renwei delivered lectures on laws and regulations as well as illegal acts of international students. More than 400 freshmen attended the lectures. 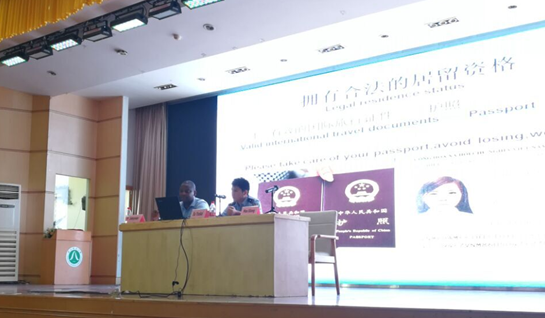 During the briefing, the police officer interpreted relative Chinese law, regulations and visa policy to all the international students at present. Policies of foreign students’ internship and mobility after graduation were also explained. Mr. Chen Renwei listed many examples of illegal behavior of international students on campus. He admonished that only strict abiding of Chinese laws and regulations as well as school rules could lead to successful graduation. 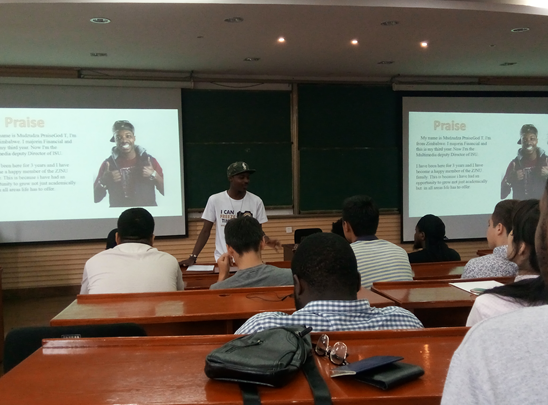 At the meantime, the university urged every college, in association with its own profession characteristics, to organize orientation for freshmen, pushing them to get accustomed to the living and learning environment of ZJNU as soon as possible.