China’s Ancient Siping Village Has the Secret to Long Life

By Mr. AMIT CHANDRA DESHMUKH from India, A MBA Student of 2014

Dai Bing Cheng, who says he is 90, waits for International participant at a meeting hall in Siping village in Jinhua. who was waiting on the bench beneath a giant bas-relief inscribed with the word "longevity"."The old man is 90," he mumbled into her headset, turning away. 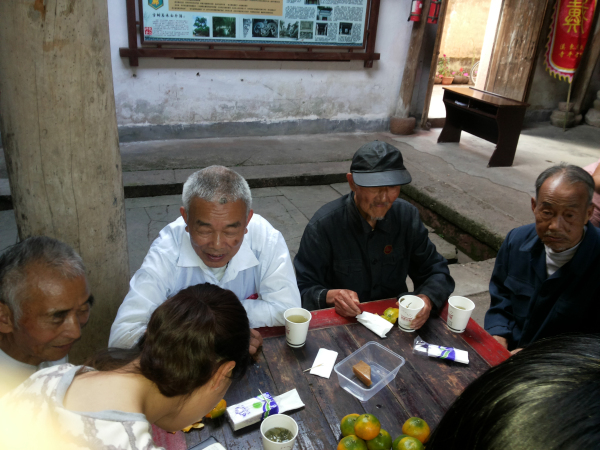 Dai has lived through wars, famines, the rise and fall of Maoism and much more. But his life's latest turn may be its unlikeliest - reinvention as a tourist attraction. Jinhua’s Siping ancient village, in Zhejiang province, is China's richest place. Now, thanks to residents such as Cheng, it has become a travel hotspot.

A decade ago the best-known settlement in the county re-branded itself as Siping village, and in the past few years coverage and word of mouth have prompted a surge in visits. According to sources, more than 35 thousand people came in the last two months, which boosted both tourism and economy.

Siping village in Jinhua, Zhejiang province has undergone rapid development in the past few years as tourists come to discover the secrets of long life and healthy food. 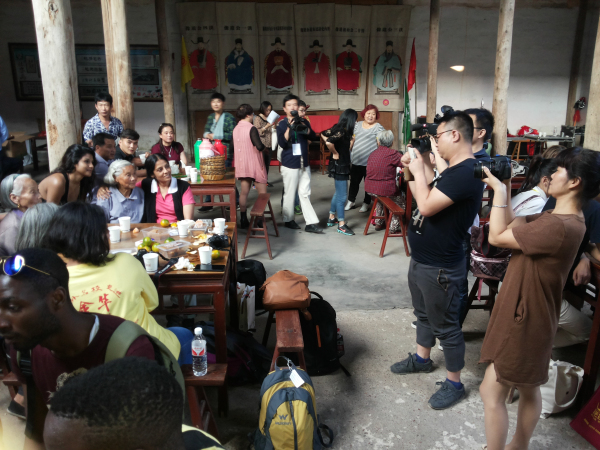 Thick stands of bamboo, graceful eucalyptus and glossy chestnut trees line the road in Siping. Its stunning karst landscape is pierced by caverns and rises into steep crags.

"Even in winter it is cold. The mountains are beautiful and the river is the colour of jade," said Dai Bing Cheng.

He added, "The air is very good. I feel uncomfortable if I smoke even half a cigarette in the city, but in Siping, I'm fine even if I smoke the whole pack in a day. A lot of sick people of the city got better after living in Siping, as the water here has a lot of minerals.”

Dai Sheng Sheng, 85 years，believes the area's geomagnetism and negatively charged oxygen ions are as important as its relaxed, modest lifestyle.

According to Jinhua’s Government officer, the research to find the secret of Siping started in mid-90s. One key, she said, is natural and ancient selection. The area is near to city and is mountainous.

According to Cheng, lifestyle played an important part too. People worked hard in the fields. Much of their food was steamed, not fried. On weekends, old people were surrounded by relatives and other tourists.

Now the area's new-found popularity is destroying its very attractions. "The new residents are bringing Jinhua’s lifestyle to Siping. They shout in the mountains; they turn up the music to do exercise in the morning. Hammers and drills disturb the once-tranquil scene, thanks to the soaring demand for rented property in the area.

Cars clog the narrow streets, pumping out fumes. These days, the young generation focuses only on job.The centenarians eat braised pork every day. Since they have got richer, their diet has been changing.According to villagers, more than 50 people cross the age limit of 80 years and 400 hundred, crossed 60 years.

According to Dai, "I have had a lot of happy times, but the best is now."

How they achieved it:

Living a long life, Siping-style, according to those who have managed it:

Dai Bing Cheng, 90 years: Be a good person. Have a good heart.

Hu shu Neng, 82 years: Work and walk around every day.

Dai Shi Neng, 85 years: It is very important to have both breakfast and other meals at the right time.

2. Have a healthy lifestyle. Neither eat too much nor stay hungry. Have simple, non-spicy food. Eat more vegetables and fruits and less protein and carbohydrates, depending on the weather as well.

3. Exercise more. All centenarians help themselves and do everything by themselves. They go farming in the mountains and also cook for themselves. 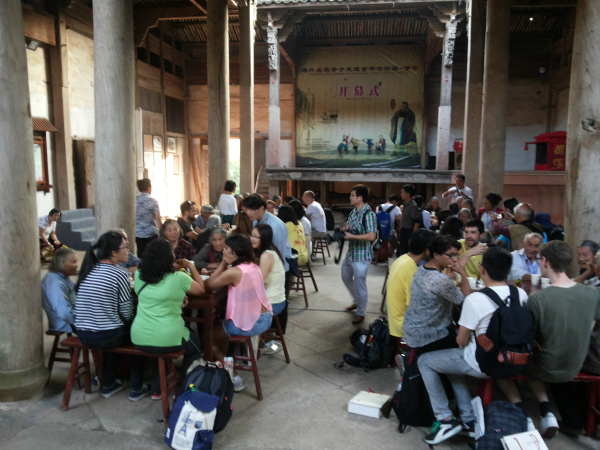