On 25th May afternoon, the Communication meeting of International Students of academewas held by College of Chemistry and Life Sciences in the 7th building. The main topic was their daily life in the university.

With the warm Applause，the deputy party secretary Ma Li , vice president of our academe Meihao Sun ,the party committee Zhihai Wang and the counsellor Cheng Ru attended the meeting and had a nice talk with students .The teachers offered them some helpful advice ranging from study to daily life ,the atmosphere is really friendly . 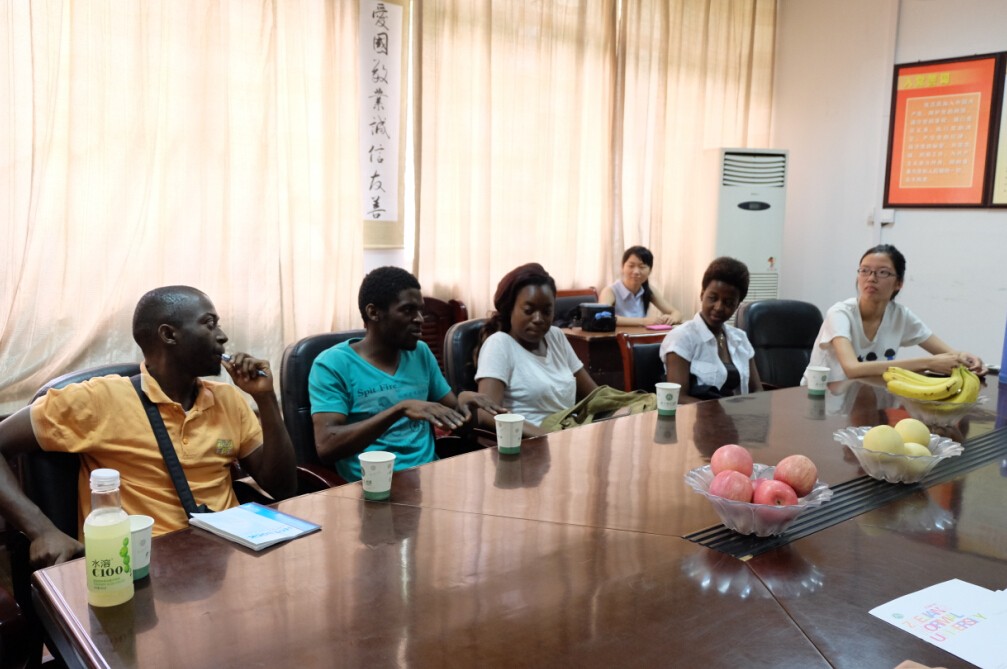 The sunlight shone warmly outside the windows. Both the teachers and students sat around the table .The teachers were so considerate to prepare coffee and fruits for the students , everyone felt at home ,chatting and laughing cheerfully. After a brief introduction made by Mrs.Ma , the international students had little talks one by one. As the fellow student , Christianspoke first, “I am Christian ,I come from Cameroon and I major in  Inorganic  Chemistry here.” Then he complained that during the first semester of his postgraduate year, there was a huge problem owing to the language barrier, to keep pace with the lesson, he had to review carefully after each class , what’s worse , many things had to be translated into English or French so that  he can fully  undersood them .It was not until the second semester that he came to get more customed to Chinese and got over the problem . The teachers encouraged them to fit the life positively and never give up halfway. As for the problem they faced in the final exam, they advised the teacher of the course translating the questions into English especially for those foreign students so that they can understand the problem more quickly which will help them in answering the questions. The International students all showed agreements. 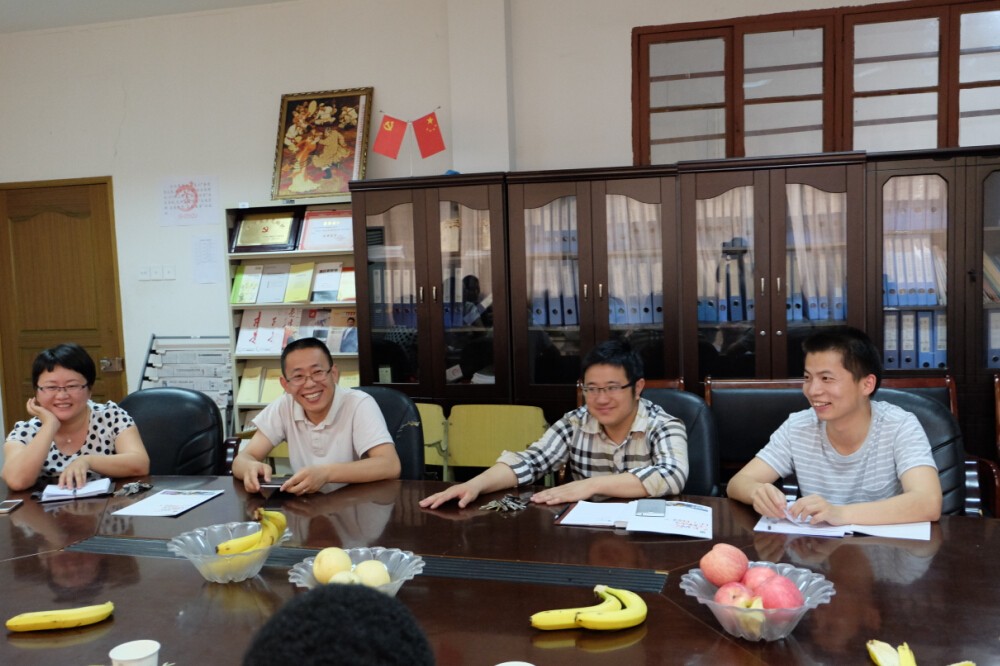 With the topic changing gradually, the atmosphere became lively. Apart from the trouble they meet in study, they also mentioned some other problems, such as food and choosing lessons. Kazakhstan student Almagul said that though our school heve special restaurant for them ,the cook there are mainly from the Hui nationality, who prepared food that was too salty for her , there are also few restaurants meet her demands, which troubled her a lot. The teacher explained the phenomenon that it is because the Hui nationality came to Zhe Jiang earlier than the Uighur ethnic group. 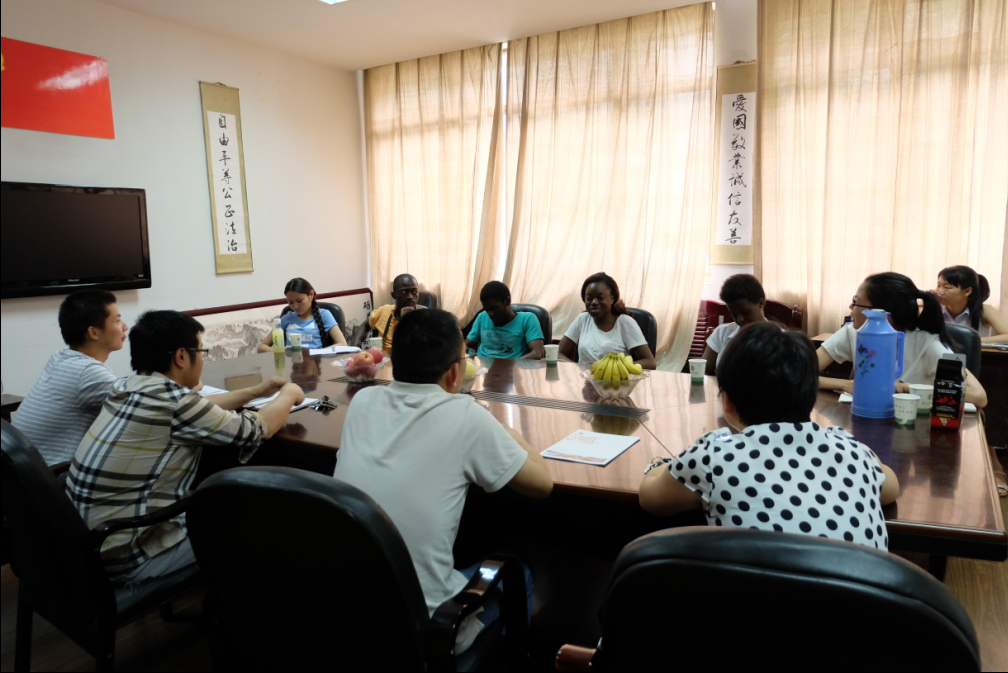 As for choosing the class , Noelle expressed her confusion in choosing which class , Mrs.Ma suggested selecting someone to saaist her one to one, offering help in her studying and daily life. The teachers’ humorous talk trikled students and they were getting more and more relaxed ,the lecture carried on steadily. Vice president of our academe Meihao Sun showed great concern to their studying. He emphasized the purpose of study and asking their interests patiently ,hoping that they can do learn some useful skills in the four years.

With laughter and teachers’blessing, the meeting was successfully ended.